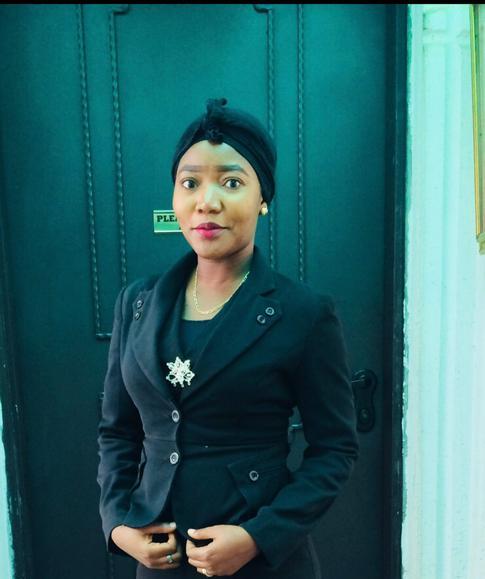 She had her primary school education at Supreme International Nursery and Primary School, Ibadan, Oyo State from 1994 to 2000.

She then proceeded to Queen’s School, Apata, Ibadan, Oyo State for her Secondary School Education from 2000 to 2006.

She was admitted to study Law at the Faculty of Law, Kogi State University, Anyigba, Kogi State from 2006-2011 where she obtained her LL.B (Hons) Second Class (Upper Division)

She attended the Nigerian Law School, Lagos, where she bagged her Barrister at Law Degree (BL) with Second Class (Upper Division). She is presently running her Master’s Degree Programme at the University of Ilorin.

She was admitted to the Nigerian Bar as a Solicitor and Advocate of the Supreme Court of Nigeria in 2012 having satisfied the requirements to be so admitted.

She proceeded on her compulsory one year National Youth Service Corp (NYSC) with the Law firm of Anthony Ogunmola & Co., (Irawo Chambers) at Sango-Otta, Ogun State from 2012 to 2013.

Immediately after her National Youth Service Corp, she joined the Law Firm of Lateef O. Fagbemi SAN & Co. (Temitope Chambers) as a junior counsel from March, 2014 to August, 2016 where she was exposed to core litigation and advocacy skills. She thereafter joined the law firm of Yusuf O. Ali & Co. (Ghalib Chambers) in October, 2016.

Mrs. Amid has in the course of her career, been exposed to general practice of law and has represented corporate and individual clients in various courts of record and inferior courts in Nigeria. She has passionate interest in Litigation both Civil and Criminal, Family Law and Corporate matters.